Challenging Pipeline Inspection Calls for “Out of the Box” Solution

Home : Challenging Pipeline Inspection Calls for “Out of the Box” Solution

It was a head scratcher.  Bond Brothers had to find a way to inspect and clean 100,000 feet of 4-inch pipe in 1000-foot increments in downtown Providence, Rhode Island. 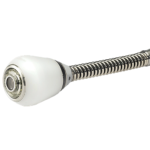 But finding equipment that could inspect small diameter pipes at such distances presented a unique challenge. After being turned down by several other equipment providers, Bond Brothers reached out to Derrick Smith of Aries Industries. Assuming what they needed was a push camera, typically used for inspecting laterals, he connected them with United Industrial Products (UIP), an Aries Industries dealer serving Rhode Island.

Given the need to inspect pipes in 1000-feet segments, Anthony Burr of UIP knew a standard push camera, (that normally reaches 300-feet) was not going to be the answer. In fact, he knew that a customized solution was in the cards. Luckily, Burr happens to love an engineering challenge and has a background in research and development.

While the biggest obstacle to overcome was the length of pipe to inspect & clean, there were additional challenges to this project. The pipes in question were 80 years old and had multiple tight bends, along with significant areas blocked by scale and build up. A conventional tractor and camera setup would not be able to navigate these pipes, especially where electrical wire lubricant had calcified and hardened over the years making it nearly impossible to get through.

Time to Get Creative

The team at UIP met with Bond Brothers, who outlined their specific need in detail. They typically use mule tape pushed through the line with a fiberglass rod to pull a cloth to clean the conduit. Sometimes they struggle to get it through or are completely blocked due to build up or water in the conduit. What they needed was something that could pull a camera through 1000-feet to capture high quality images to show any cracks, roots, or build up in the pipe. It had to be compact and easy to move around since the project was located in downtown Providence and needed to maintain a small footprint. One final requirement—it needed to be ready to go in 30 days! 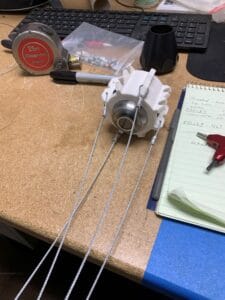 UIP dug in and explored their options through a brainstorming session with a wide range of Aries Industries products on hand to see what might work. The solution proposed and accepted by Bond Brothers was to build a customized 3D-printed skid and attach an Aries self-leveling camera. The camera would then be attached directly to an Aries Mobile Pathfinder reel (1000’ reach, normally attached to a Pathfinder tractor for mainline inspections). The reel would be operated by the easy-to-use Mobile Pathfinder System controller. 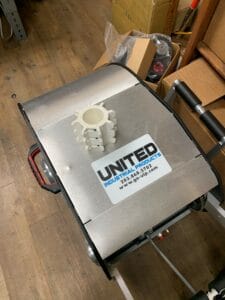 Burr and UIP team member, TJ Skibitcky got to work planning the design of the skid. After covering the walls of their offices with whiteboard notes, they landed on a cost-effective design that they believed would work and that could be replicated for similar projects. The skid was printed on a 3D printer out of ASA (low-friction, high tensile strength material). UIP then worked with Aries Industries technical experts to figure out the best way to configure the skid, camera, reel and controller.

“Aries does a great job building products that are cross compatible, so there isn’t a huge challenge getting part A to work with part B, especially when you have access to techs that have 20 years of experience. We could call them to advise us on how this new creation could work if we could figure out how to make it travel the pipe.”

The unique system was nicknamed “Pioneer” since it would be the first way to travel 1000 feet in 4-inch pipe. Testing the new system was limited, given the tight deadline and unique conditions of the actual job site. UIP ensured that it would successfully pull straight and navigate joints and on exactly day 30, were ready to demo the equipment for Bond Brothers.

Putting the Inspecting Equipment to the Test 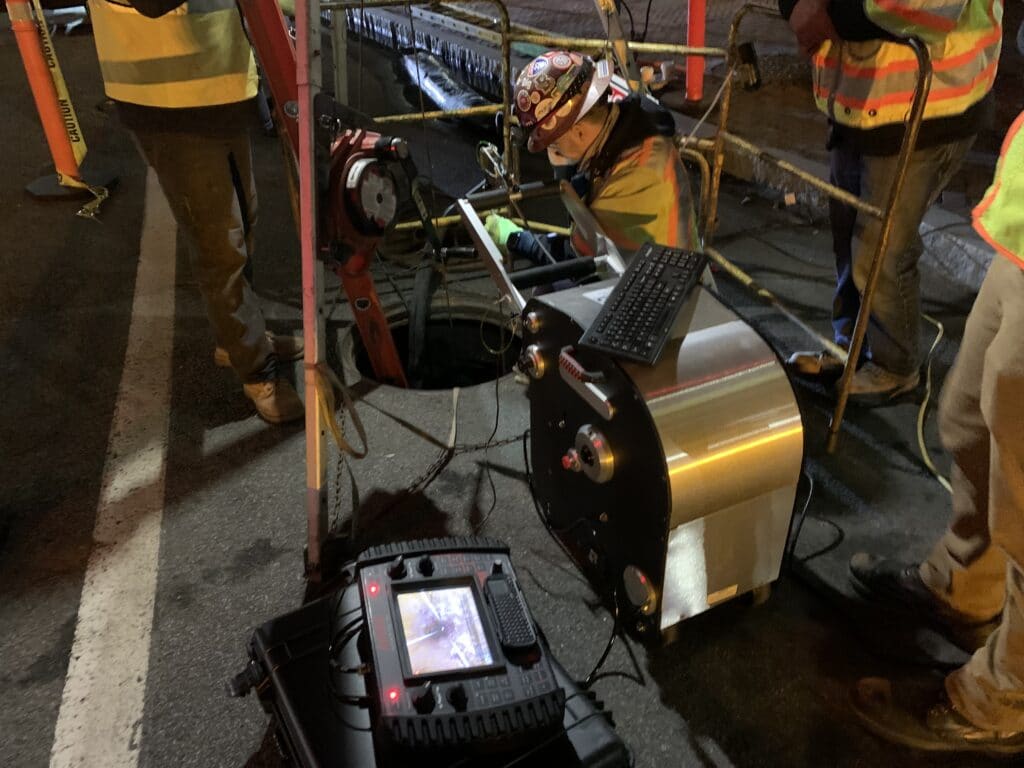 After training Bond Brothers on the system, UIP delivered it to the job site at midnight (3rd shift) to start inspecting. It was a nerve-wracking moment as “Pioneer” made its first run.

“We were nervous – did we choose the right material for the skid? Would the cable block the images? What happens when it hits water or scale,” according to Burr. “We were thrilled when it performed even better than we expected.”

The first inspection run traveled 18 feet when it encountered a blister that the skid could not move past. Coordinating via walkie talkie, the team used the Aries winch to work the skid back and forth. Ultimately the skid knocked the blister off the pipe and the inspection continued. They then used this same process every time they encountered blisters. 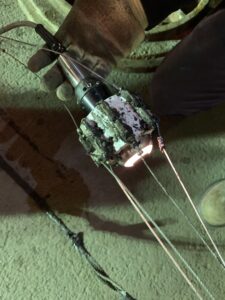 Burr was concerned after the first run to see how the equipment held up under this kind of abuse. He cleaned it up, inspected it carefully and found all pieces in perfect working order without so much as a mark!

In the end, the skid not only facilitated inspecting the pipes, but helped remove scales as it pulled through.

Bond Brothers was impressed with the quality and how easy-to-use the Aries Industries camera, controller and reel proved to be. The video captured was clear and easy to record to a thumb drive and share to a laptop for easy viewing. In fact, they are working with UIP on other groundbreaking equipment to solve some of the inspecting and cleaning challenges they encounter. 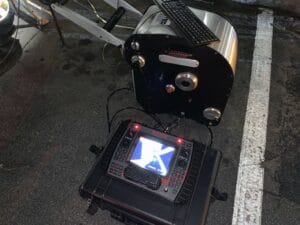 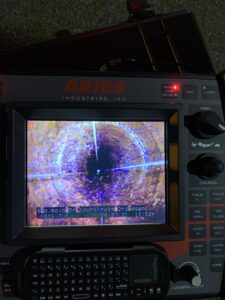 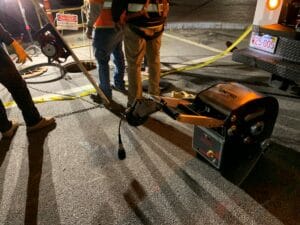 Out of the Box Solution

The successful outcome of this effort was only possible because of the ingenuity of the team at UIP and the strong relationship between Aries Industries and its dealers.

“Other companies they reached out to did not want the headache of trying to figure out this project. It wouldn’t have been possible without our team and Aries working together on a solution,” said Burr. “It’s great to have a manufacturer that is committed to their dealers and not afraid to do things that are a little outside the box. That’s how you deliver for customers and grow your business.”

To learn more about Aries Industries and its network of trusted dealers, visit www.ariesindustries.com. 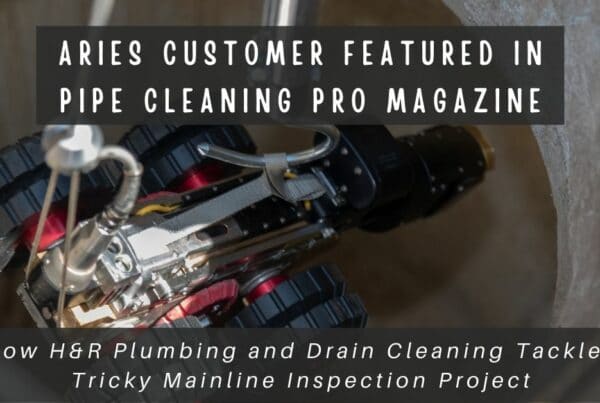 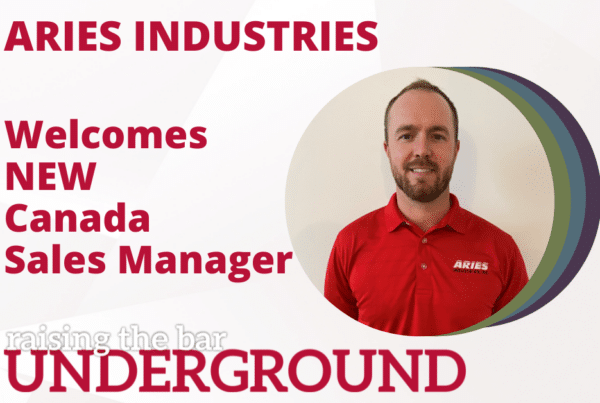 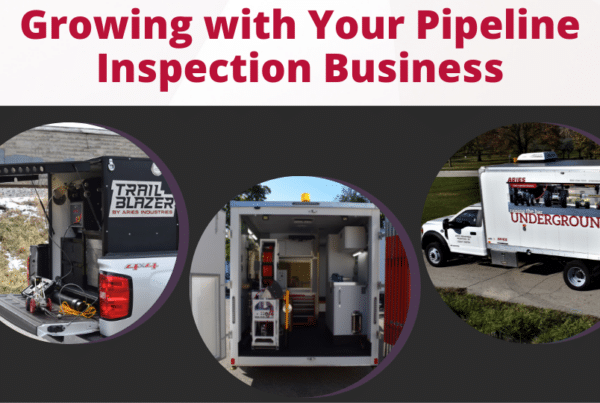 Growing with Your Pipeline Inspection Business 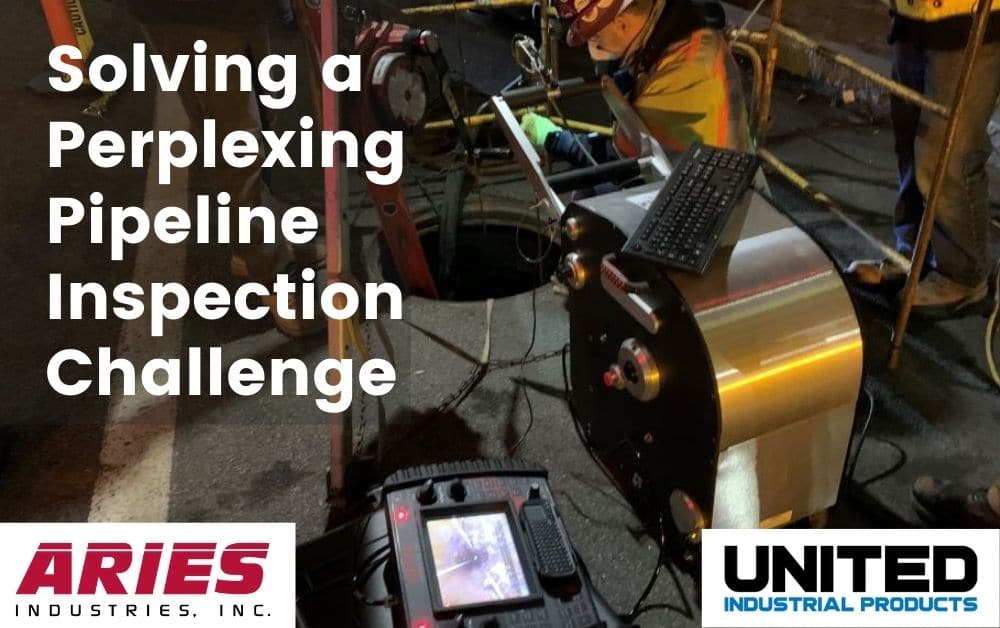 Challenging Pipeline Inspection Calls for “Out of the Box” Solution